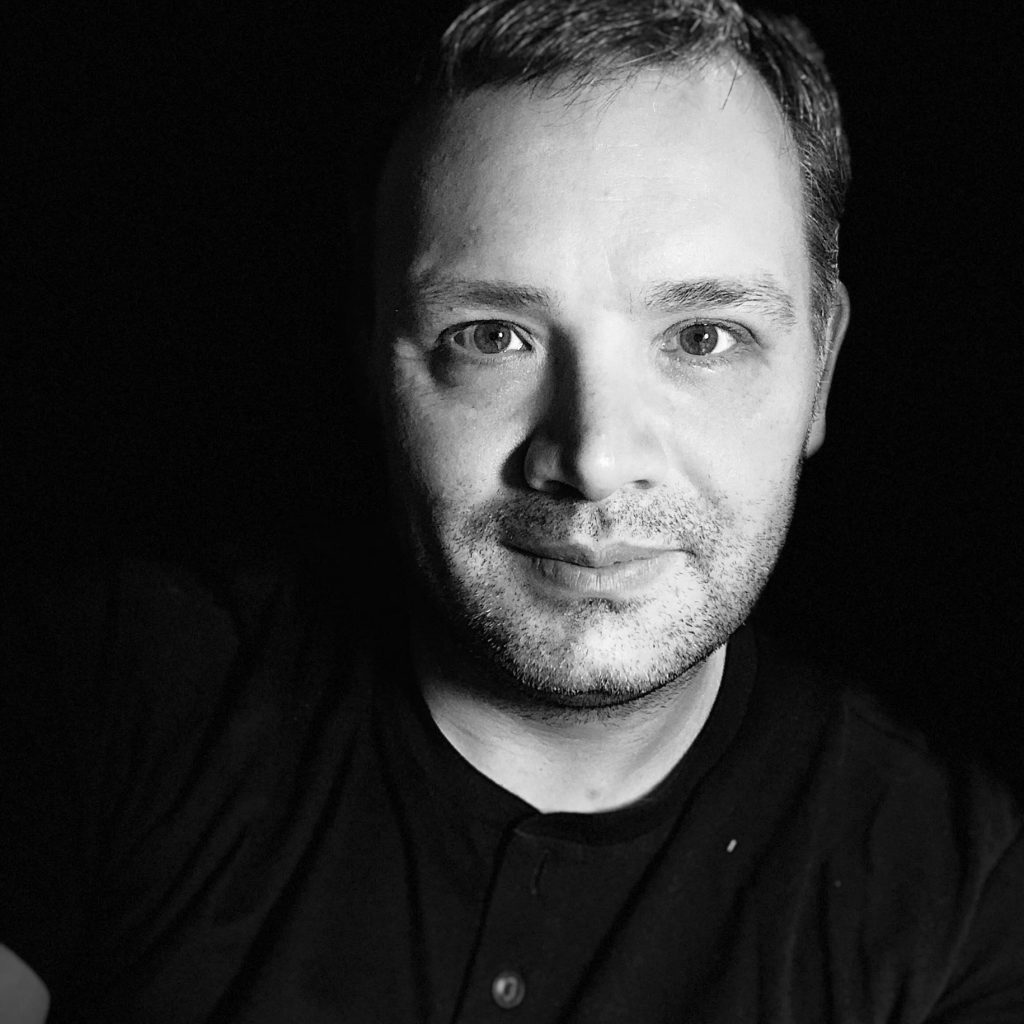 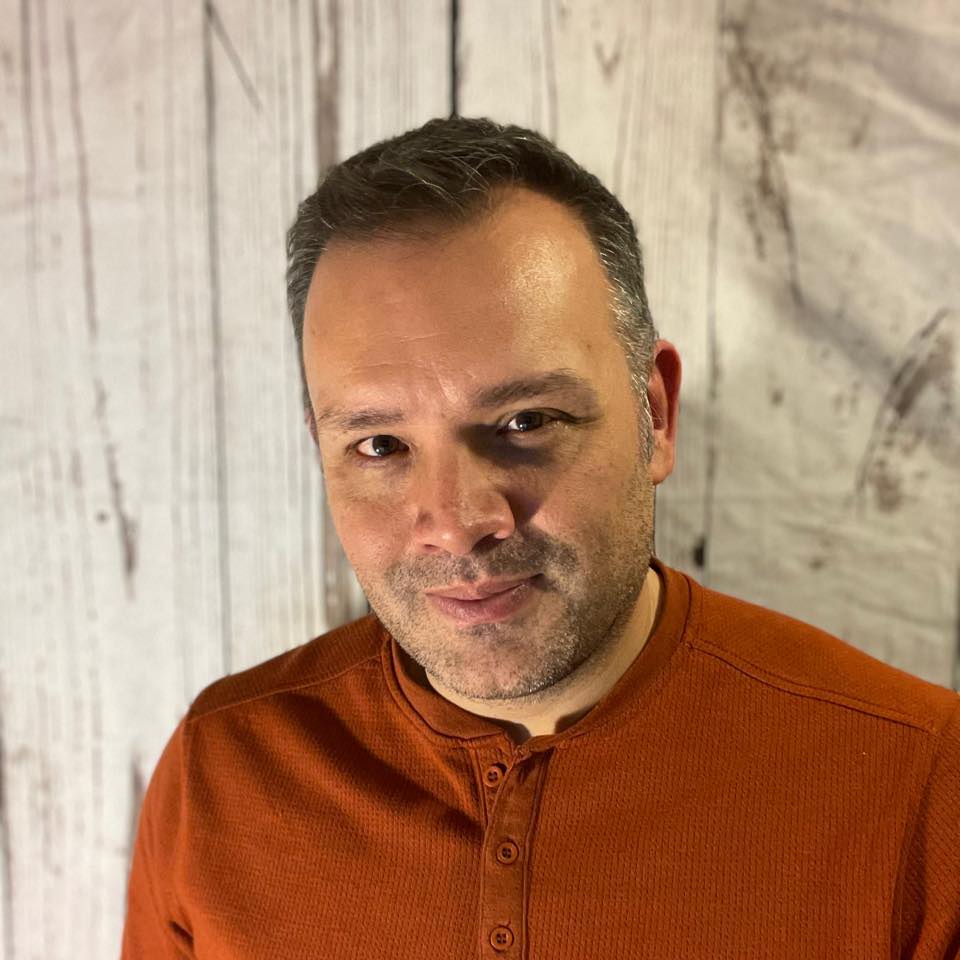 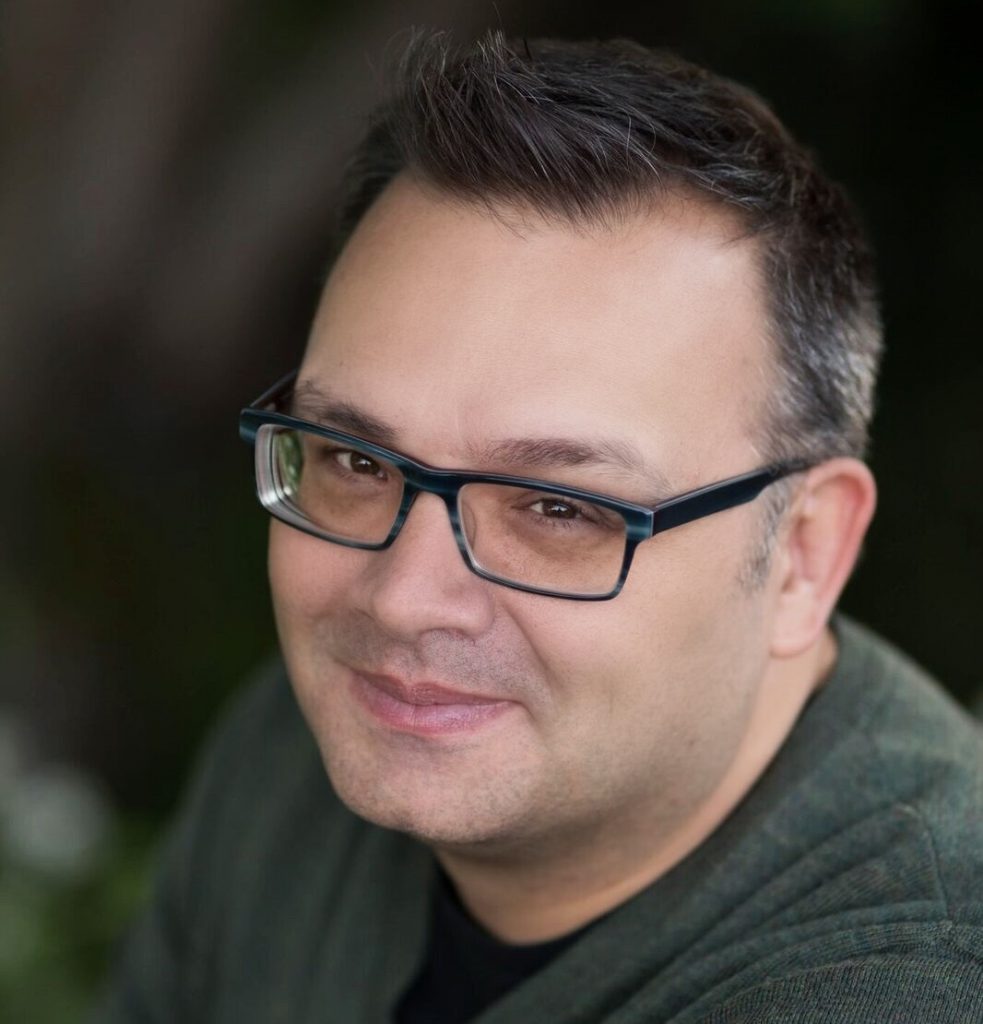 Harry Turpin has been involved in the theatre for over 20 years on both sides of the table as a director, choreographer, performer, teaching artist, writer, and producer. His work has been seen both local and national stages. He serves as the President of the Board for Reboot Theatre Company, as well as serving as the host for their web series “Reboot rePresents.”

As a director, Harry’s body of work includes productions of Little Shop of Horrors (Winner: Gregory Award (People’s Choice) Outstanding Director, Oustanding Production Musical). Other works include The Who’s Tommy (Bway World Winner: Best Director/Best Choreographer), Sweet Charity (Bway World nom: Best Director, Best Choreography), Anything Goes, Guys and Dolls (Bway World nom: Best Choreography) and Becoming More Less Crazy (Winner: Best of the Fest, Seattle Fringe). Fly By Night (Bway World nom: Best Director. Bway world winner: Best Ensemble), White Christmas, and Beehive. Other productions include an acclaimed production of Once On This Island, The Pajama Game, All Shook Up, Beauty and the Beast, Hello, Dolly!,  Legally Blonde, The Music Man, City of Angels, multiple productions of Bye, Bye, Birdie!, as well as productions of Grease, West Side Story, and The Gifts of the Magi. Children’s Theatre productions as a director/choreographer include Elephant and Piggie: We are in a Play, Waiting for Alice, Flat Stanley, Really Rosie, and The Wizard of Oz.

As a performer, he’s been seen in the 30th anniversary cast of Annie (National Tour/Special Broadway Engagement) as well as The Mystery of King Tut.  Other favorite performances include Company (Bobby), The Rocky Horror Show (Frank. N. Furter), Sweeney Todd (Judge Turpin), The Diviners (C.C. Showers), A Chorus Line (Paul), Mary Poppins (Bert), Little Shop of Horrors (Seymour), The King and I (Lun Tha), The Fantasticks (Hucklebee), Dames at Sea (Dick), Fiddler on the Roof (Motel), The Rocky Horror Show (Brad), and 42nd Street (Billy).  Other credits include Smokey Joe’s Cafe, Closer Than Ever, Camelot, Chicago, City of Angels, Guys and Dolls, Oklahoma!, Joseph…Dreamcoat, South Pacific, The Ark, How to Succeed…, Crazy For You, A Christmas Carol, and West Side Story.

As a songwriter/playwright, Harry’s song, “Awakening” has appeared on Jennifer Paz’s album “Awakening,” Katie Tomlinson’s “Original Passion.” His songs have been featured in the musical Bedlam at the Burgerhaus, written with Stacie Hart. Also with Stacie Hart, they’ve written the original musical, “Tappy McCrackin: A New Musical,” as well as the web special, “The 1st Annual Plumpkin Family COVID Christmas Special.”
Harry loves helping actors find their passion and truth through coaching. As an audition coach, he has worked with students of all levels, from amateur to professional, helping them to get to the core of the text and deliver natural performance with an emphasis on interpreting songs in musical theatre.

Harry is a founding member and has served as the President of the Board for Reboot Theater Company since 2015. He continues to host the web series, “Reboot rePresents,” featuring topics such as accessibility in the theatre, Black history and the future of Black performers in the theatre, AAPI representation, as well as many other topics. The series was a player  in helping to bridge the gap for the Seattle theatre scene during the COVID-19 pandemic. 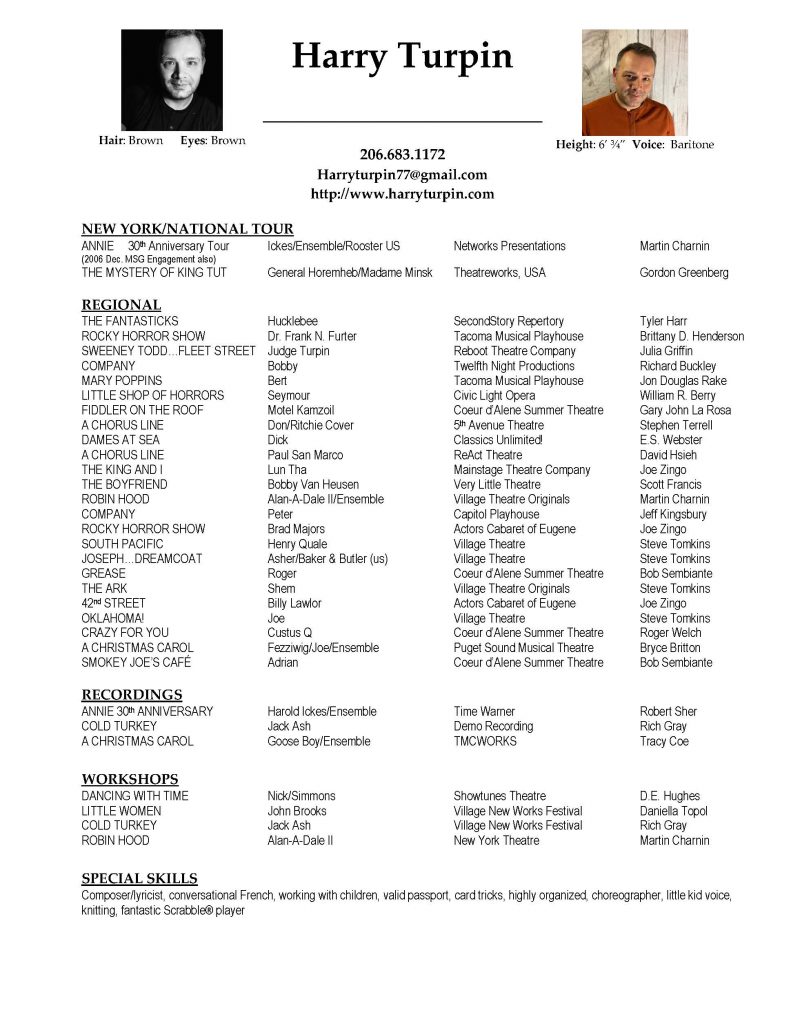 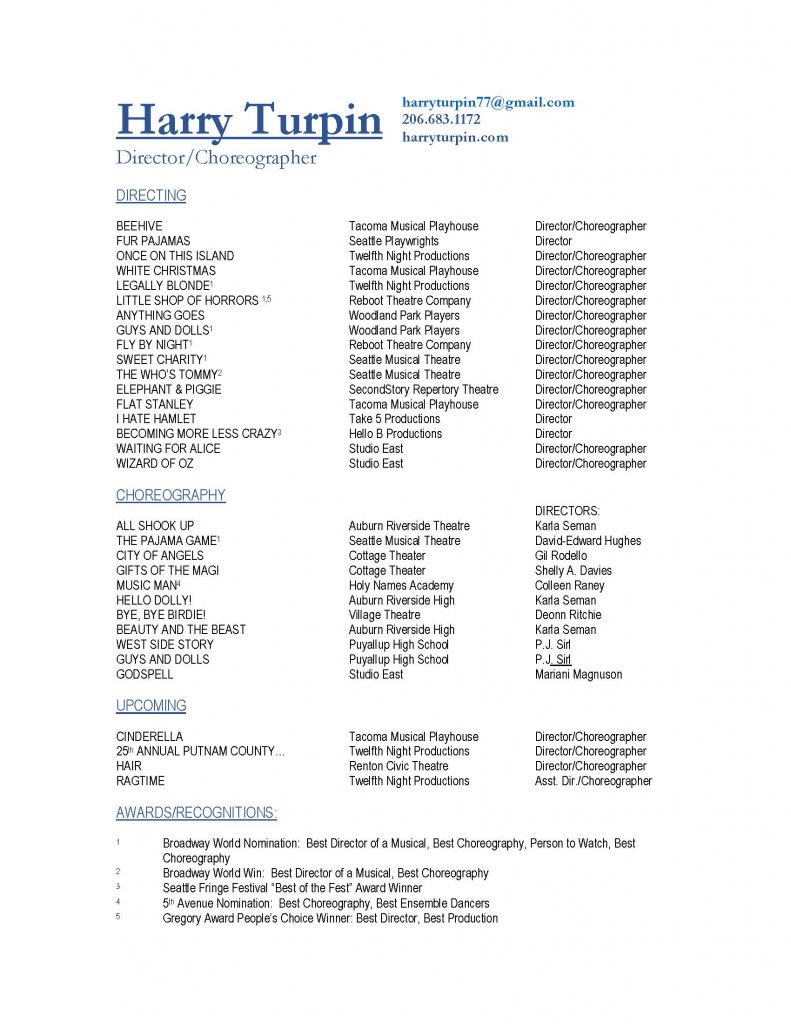